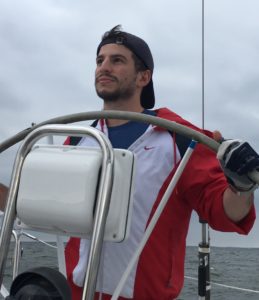 Michael McCauley was not a person who got bored easily. Curious from a young age, a deep extrovert who loved attention, and someone who already loved to serve others at age 10, Michael may have been as stunned by the tedium of hospital life while recovering from brain tumor surgery in 2004 as he was by his cancer diagnosis itself.

Thankfully, a member of Michael’s care team had an old shoebox full of diversions on hand, and an unknown but very thoughtful donor’s collection of puzzles, a toothbrush, a hat, and other trinkets made his time at Johns Hopkins Hospital more palatable. More than anything, it inspired Michael and his mother, Marcie, to create and distribute similar kits for other young patients. Michael’s siblings Jess and Matt jumped right into the effort, too. The project would keep the family, their relatives, and Michael’s classmates as volunteers busy for years to come, and ultimately become an important part of his legacy.

As Michael’s health improved, the McCauleys’ Northern Virginia basement filled up with donated items, and their crew collaborated to give out more than 5,000 of their “Boredom Buster” boxes throughout Michael’s middle school, high school, and college career. Through partnerships with Johns Hopkins Hospital, Children’s National Medical Center, INOVA Fairfax Hospital, Ronald McDonald House Charities, and Duke University Hospital – with help from well-known alumnus JJ Redick – the boxes enriched the lives of thousands of kids and teens whose boredom and helplessness Michael had learned to understand all too well. 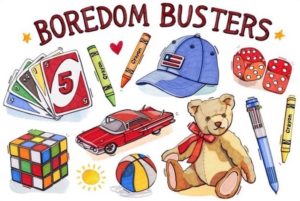 Meanwhile, as Michael grew, he pursued many other passions too – rarely letting boredom set in! His interest in spirituality and his own personal faith grew, and he became a Young Life leader. He studied at Penn State University and upon graduation, moved to Alexandria, VA for an opportunity with accounting firm Grant Thornton. Advocating for colleagues with disabilities as part of a Grant Thornton Business Resource Group, Michael’s service continued. He caught the travel bug and explored the world. Hiking to Mt. Everest base camp with his dad, John, in Tibet, snowboarding with friends in Lake Tahoe, and biking through Amsterdam with his mom were just a few of the trips that added to the richness of his life. 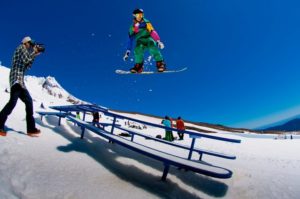 Michael returned home from a late 2018 solo trip to Vietnam lethargic and unable to kick a cough he’d had for a few months. Always conscious of his health since his brain cancer, Michael didn’t ignore the symptoms, and soon learned they were resulting from Myelodysplastic syndrome, which ultimately developed into Leukemia.

As Michael underwent a bone marrow transplant – his sister Jess his donor – and again faced months of long days in a sterile Johns Hopkins Hospital room, he recommitted to busting boredom for others. He expressed his desire to Marcie to make their operation official and establish a 501(c)3 nonprofit organization.

Marcie busied herself with the early stages of creating the nonprofit, and she sought out information on how to best support John’s and her young adult son as he faced this life-threatening diagnosis. She was connected with Ulman Foundation founder Diana Ulman, who listened kindly, shared wisdom, and offered resources – including Ulman House. Marcie and John both stayed at Ulman House a few times as they relocated their lives to Baltimore for Michael’s 90-day post-transplant hospital stay, and while in the midst of their own crisis, saw an opportunity to share boredom buster boxes with the Ulman community.

While Michael’s health heading into his transplant was exceptional, and his sister’s DNA was a perfect match, some Leukemia cells hid away and caused an aggressive recurrence in the fall of 2019. Michael’s service and adventures here on earth sadly ceased as he passed away on April 12, 2020. 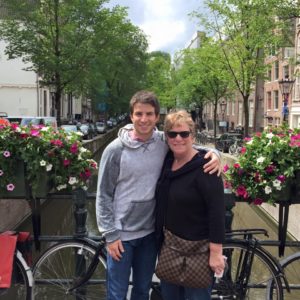 In the year that has passed since Michael’s death, well over 1,000 boxes have been given in his memory, Boredom Busters has officially gained nonprofit status, and each member of the McCauley family still contributes in their own unique ways. Most importantly, the philosophy that Michael, the selfless young man with a generosity of spirit, carried with him each day and around the world, is now delivered to each recipient.