In 2013, I was a typical 27 year old. Working two jobs, saving up for a house, trying to find my way into a career and develop lifelong relationships.

January 27th of that year, while visiting my mother, is when the to the hospital for kidney stones. Everything was routine, they run tests and take images and give me meds.

As the meds kick in and I start to feel some relief; the doctor comes in and tells me that he wants to admit me because my white cell count it’s too high and he wants to run some more tests.

Around 4 or 5am, an oncologist comes in. Still half asleep and groggy from the meds he tells me that I have Acute Myeloid Leukemia (AML).

I still have trouble trying to remember exactly what was going on in my mind at that time.

I ask what the plan will be and he just says we’re waiting for a bed to open up at either Hopkins or University of Maryland Medical Center. He really didn’t want to explain much after that.

I guess he was leaving it up to the doctors at University of MD Medical Center, which is where I ended up.

It didn’t take long for the transfer to UMMC. I arrived and was in my room by noon.

Thinking I had some time to digest everything and go over things with my family another oncologist comes in and explains my cancer and that I’ll be starting chemotherapy in just a few hours. 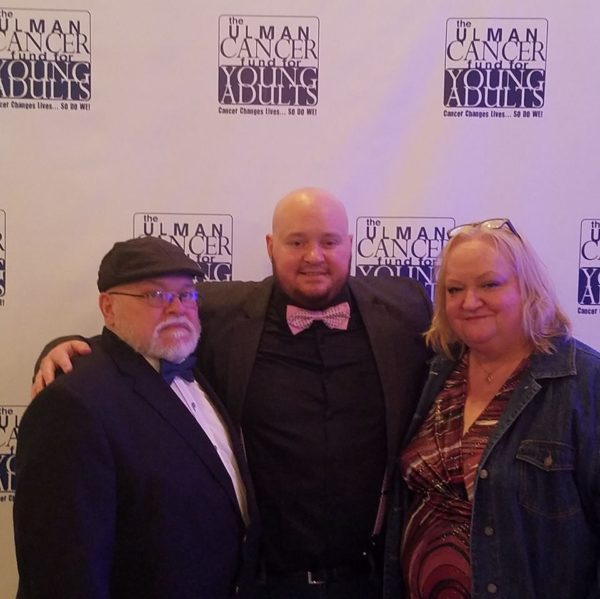 In a little over 24 hours I went from living a “typical” life to laying in a hospital bed in a cancer center with PICC lines in my arm, recovering from a bone marrow biopsy and preparing for chemo to pump through my veins.

I was in a room at the hospital for over a month only leaving to briefly for tests.

After the first round of chemo, I would come in and stay for a week to receive the chemotherapy. Then while the drugs took effect over the next month I would be at home. Coming in three days a week for labs.  This took place five times over the next six months until late I was in”remission.”

August 8th, a little more than six months from diagnosis, I was back to living a normal life. In September I was back to work, moved back into my own place and things were falling back into place.

Over the next several months I was living as if the previous six months never happened. In February of 2014, I was planning a trip with friends to go to New Orleans.

I was feeling tired and weak so I called my doctor for a check up before the trip just in case. February 13th, I go in and the doctor sees me and says the initial tests are fine and they will call me if the other tests show anything.

So I leave to get my friends and head to the airport. About 20 minutes later I get a call, look at my phone, saw the number and knew what the call was.

I answer and the nurse tells me to pull over and tells me I need to come back for a bone marrow biopsy to be sure but she’s 99% sure the cancer came back. 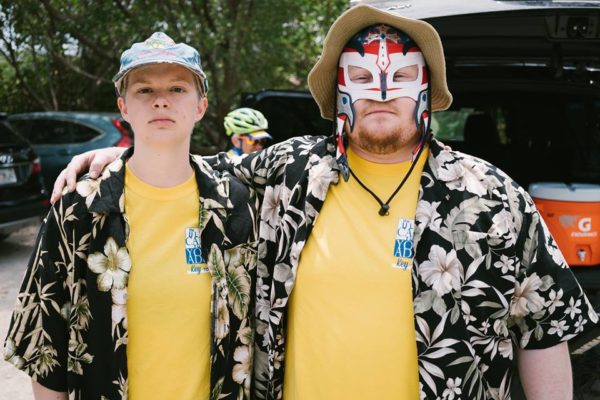 I call my parents who met me at the hospital. Then let my friends know.

This time I went through three more rounds of chemo and took some different medicine to prepare for a bone marrow transplant.

My father was my donor because we couldn’t find a match on the registry. June 20th I had the transplant and started radiation the following day.

This time was much harder that the first time I was diagnosed. I had a very bad reaction to the radiation and was in the ICU for a week, had and still have a lot of bone and nerve damage, had pneumonia which put me in ICU for a week.

Because this time was much longer to get through, I lost communication with many ”friends” and even family. Still nearly two years later, not allowed back to work.

After going through all I went through sometimes I want to complain and wonder why this all happened to me, especially at this age.

I can’t help but remember the talks I had with those going through the same thing as me and aren’t here anymore.

If you talk to anyone long enough, you’ll find a fight being fought.

So now I take this as a blessing because I know more personally what someone who has cancer is going through.

I remember what it was like to have strangers come into my life and care about what I was going through when friends and family members seemed to not care.

So if I could have some small part in making someone feel that way when they need it the most.

Sorry if it’s a long winded story and I couldn’t put everything in it or it would be a book but that’s a short story of what my experience with cancer is and why I want to give back.