Skip to content
#FacingTheIssues: Health Insurance & A Few Things I Learned Along The Way

#FacingTheIssues: Health Insurance & A Few Things I Learned Along The Way

Phyllis Kimmel is a lawyer in private practice and has conducted workshops on health insurance rights at a local hospital and for a national breast cancer organization. She is also an alumnus of and volunteer for the Cancer to 5K program. To learn more about Cancer to 5K go to cancerto5k.com.

During the course of my treatment for breast cancer four years ago, I ran into several health-insurance related stumbling blocks.

While I was stubborn and pig-headed and questioned and fought every last cent of every denial, I know that many people going through cancer treatments don’t.

Achieving my small victories brought me satisfaction, but it also ignited a sense of outrage in me, as I think about others who don’t know that battles with health insurance companies can sometimes be won. Which brings me here today, sharing a few of the lessons I learned. 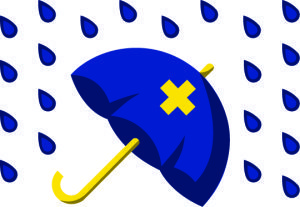 It never hurts to ask.

I was told by my oncologist that my health insurance would not cover the extra anti-nausea medication I wanted because my chemo combination was not toxic enough.

After I insisted and pleaded, my doctor went ahead and made the request to my health insurance company.

I was relieved, if a little surprised, when my health insurance ended up covering the medication, even though it was not part of the normal protocol.

Going through my mail was not a high priority but my attention was finally caught by several notices in big red letters from LabCorp threatening to send my debt to a collection agency.

Rather than just pay the offending charge, I called LabCorp to inquire about it. I was told that my health insurance company had denied payment.

I called the health insurance company and was told (after waiting the requisite amount of time on hold) that LabCorp was not supposed to be billing me for what was, essentially, paperwork.

I called LabCorp back and this time was told, oh yes, we shouldn’t have billed you for that. (Side note – it’s really important to try to deal with these problems before they are sent to collections; that becomes a whole new mess.)

Denials can be overturned even when it seems hopeless.

While going through treatment, I saw a social worker to help with the anxiety of it all.

After I finally got around to submitting the claims (out of network), they were denied because, unbeknownst to me, prior authorization was required.

I imagine that most people told that their claim was rejected because they failed to obtain prior authorization would give up. Not me.

This one took A LOT of time and effort to fix, but eventually I did by appealing and eventually submitting forms that enabled the health insurance company to grant “prior authorization” months after the fact.

I was surprised to receive a bill from the hospital for physical therapy charges; after all, the hospital was in my network.

I learned from my health insurance company that I had exceeded my annual limit for physical therapy coverage. Still not content, I called the hospital, mostly to express annoyance over how high the bill was.

The “negotiated rate” is the lower discounted rate that providers agree to provide health insurance companies, and these can be magic words to use at the appropriate time.

It’s ok to ask for help.

It’s enough to be told that you have cancer; that you need surgery, chemotherapy and/or radiation; and that you need to make critical decisions about treatment plans in an alarmingly tight timeframe.

The last thing one needs on top of all that is an added layer of stress over whether or not these daunting medical expenses will be covered by health insurance.

One thing I did not do, but urge others to do, is to ask for help, whether from a friend or family member who’s asked “is there something I can do,” or from a patient navigator.

One concrete task they can do is be a repository for your bills and health insurance statements, and carefully review them so they can help you advocate for yourself if a problem is detected.