A look back on our advocacy to #ProtectParenthood

For many years at the Ulman Foundation, Adolescent & Young Adult Navigators have worked to establish consistent practices and protocols in their institutions around fertility preservation for young adults facing a cancer diagnosis.

Too often young cancer patients were not provided with enough information about how cancer treatment could impact their chance to have children in the future.

Because young adults represent a relatively small percentage of cancer patients, concerns unique to them, like losing their fertility, can be marginalized or overlooked. In many cases, oncologists are not required to tell patients that cancer treatment often results in infertility.

Even after achieving protocols to inform patients about options around fertility preservation, a financial barrier still existed for many young adults.

Recognizing the need to do more to give patients a chance of parenthood, the Ulman Foundation partnered with local fertility organizations to provide discounts and free storage for patients and offered some financial assistance.

But, there was still an opportunity to have a larger impact with fertility preservation costs continuing to rise.

What if insurance plans covered fertility preservation for young adult patients in Maryland?

There were other bills popping up in statehouses in Connecticut and Rhode Island. Mandating that insurance companies cover this cost could make a significant financial impact on already strained young patients. 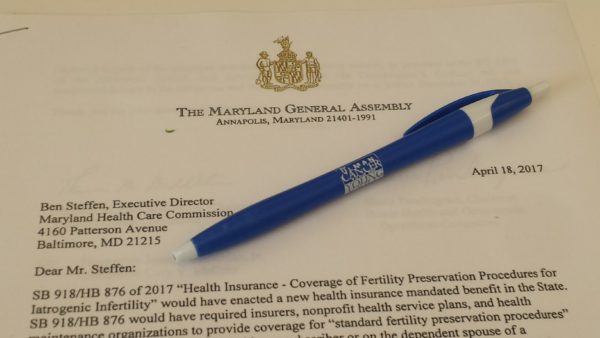 During the spring of 2017, Ulman Foundation quickly organized testimonials, found bill sponsors, and testified before a committee with the help of partners at the Alliance for Fertility Preservation.

There were many supporters in the statehouse, but the late start during the legislative season made it hard to get the support needed. The bill died in committee, but the groundwork was laid for the next legislative session.

At the conclusion of the 2017 effort, Chairwoman Pendergrass and Chairman Middleton forwarded the bill to the Maryland Healthcare Commission for its fiscal review.

The Commission conducted an extensive study on the young cancer population in Maryland, the pervasiveness of the disease of infertility resulting from cancer treatment, and the projected cost of covering care.

According to the Report by the Maryland Healthcare Commission, coverage for this treatment would cost between 4 cents and $2.76 per person. 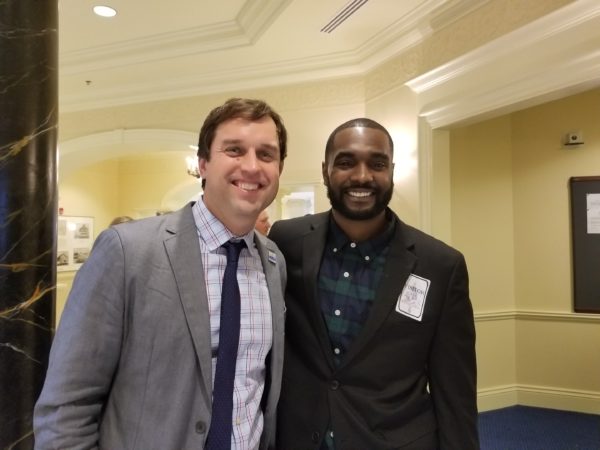 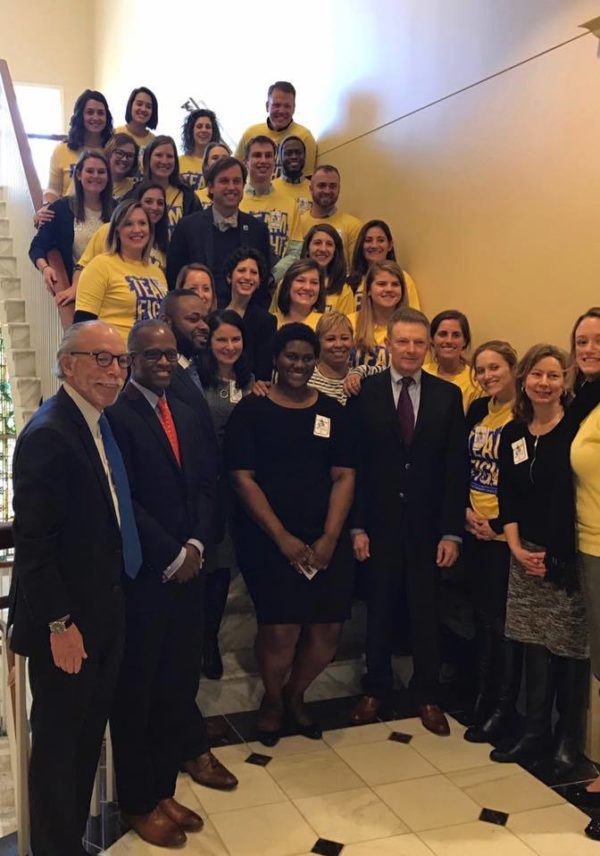 Ulman spent the next months, when Maryland Legislature was out of session, talking with the community – doctors who treat young adults, fertility specialists, people who didn’t have the chance to preserve their opportunity for parenthood.

More data was gathered on the impact this bill could have on 3000 young adults living in Maryland.

In early 2018, Ulman Foundation returned to Annapolis with their supporters and told their stories.

They spoke about the decisions they were forced to make about whether they could afford to save their chance for a family – all while also facing a cancer diagnosis.

The committee and ultimately the Maryland Legislature overwhelmingly supported the bill. 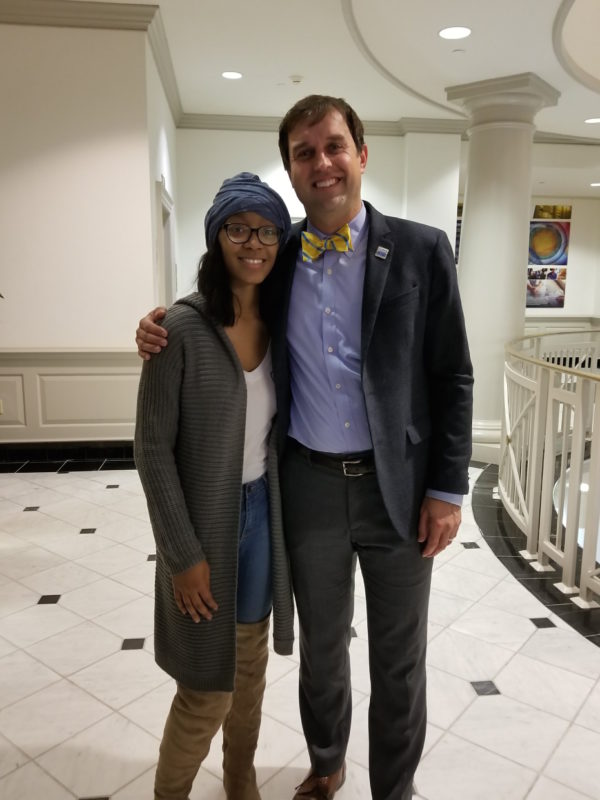 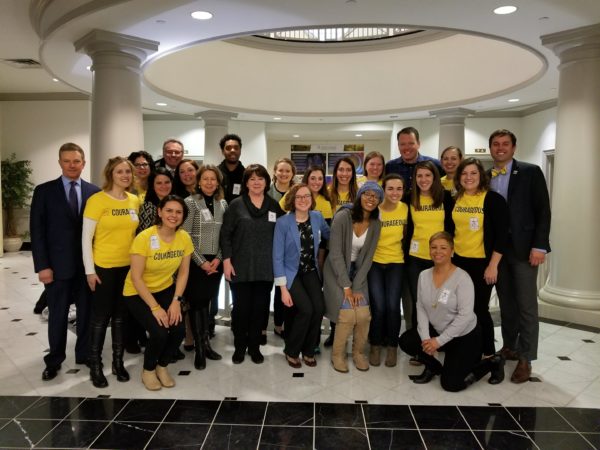 On this first anniversary of the legislation, there is already a domino effect of change. New York, Delaware, and Illinois have all passed similar bills, while 10 more states have active legislation.

“Passing legislation last year will ensure more Marylanders, especially cancer patients and survivors, have the opportunity to experience parenthood.  This milestone is one of the most transformational contributions Ulman Foundation has had in our 21 years of advocating for young cancer patients,” shared Brock Yetso, Ulman President & CEO.

“We’re grateful to countless brave cancer survivors for sharing their compelling stories to help educate legislators and the public about this important issue.  Since Maryland’s passage, three more states have followed suit and many more are working on protecting this important right for young cancer patients.” 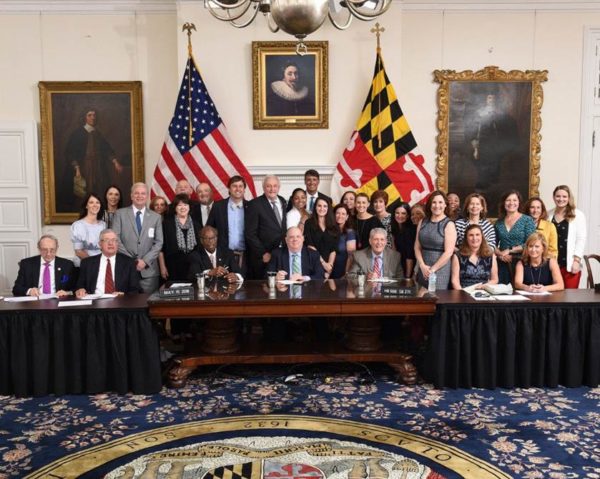 COVID-19 and Cancer: A Dangerous Duo

COVID-19 & Cancer: A Dangerous Duo Photo by Tai's Captures on Unsplash As if living with cancer and its side-effects wasn’t tough enough already, COVID-19 making itself comfortable in the U.S. has made cancer patients far more uncomfortable. Ulman’s Patient Navigators have shared these collective

A Tribute to Cristal

A Tribute to Cristal by Sophia Garber, 4K for Cancer Team San Francisco 2017 The first time I met Cristal was in a small room as we sat around a circle and I heard why she was embarking

ABW Kelly's Cookie Challenge Thanks to our amazing supporters we were connected with ABW Appliances in October about being the beneficiary of their annual Cookie Challenge, a charity cookie bake-off they host in their Bethesda showroom. We quickly