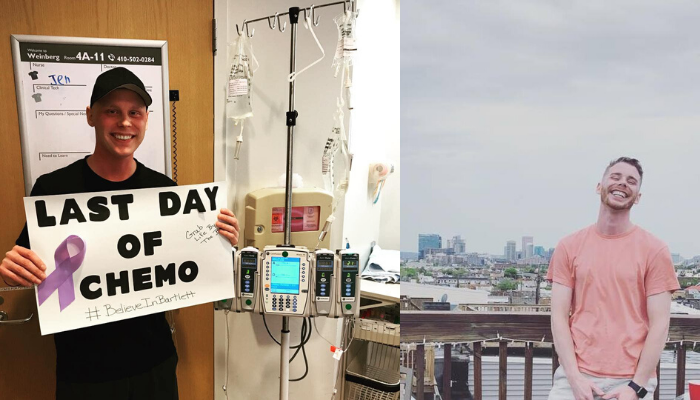 One thing that I never thought I’d hear at 24 years old.

In November 2018, I traveled home to Pennsylvania to spend the Thanksgiving holiday with my family.

Months previously, I had started to notice a shift in my health. I was probably at the healthiest I ever was—eating the right foods, exercising, meditating— but then I began getting tired more easily, I was coming down with a cold almost every other week, and I began to notice some lower back pain and a slight cough.

Three days after Thanksgiving, I ended up in the emergency room with excruciating back pain to the point of it being debilitating. The cough seemed to be getting worse, and I began to notice blood in my mucus.

My first thought was, “maybe I have kidney stones…” A CT scan was done in the ER and a couple hours later the doctor came in and told me that an innumerable amount of lesions were seen on the CT in your lungs and throughout your abdomen.

“We think it’s cancer—perhaps lymphoma or a rather rare type of testicular cancer” he said. At this point, so many things had started running through my head. “Cancer? How? I’m too young.”

The day after going to the emergency room, I went to get an ultrasound on my testicles. Nothing came back out of the ordinary— I had no lumps, no swelling, nothing—but I was still referred to an oncologist for the following week. 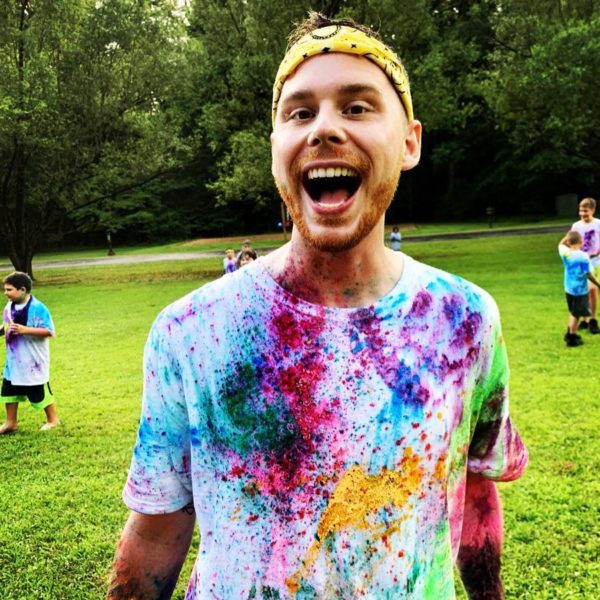 I didn’t have a week. Two days after the ultrasound, I ended up back in the emergency room, this time, I had unbearable back pain and was unable to breath.

I was admitted to Nittany Medical Center in State College, PA and over the next week, I would receive ample amounts of fluids, breathing treatments, bloodwork, a biopsy on my lungs, an MRI, and numerous CT scans. By this time, I was unable to breath on my own and was hooked up to an oxygen tank.

After receiving some results, Mount Nittany decided that they did not have enough resources for me and so I was transferred to the ICU at Geisinger Medical Center in Danville, PA.

My health had rapidly declined within a week.

After four days in the ICU and multiple pricks and prods, I was diagnosed with Stage 4 (3C) testicular choriocarcinoma.

The cancer had spread to the lymph nodes in my abdomen and up into about 80% my lungs. My Thanksgiving holiday turning into something more.

Now living in Baltimore, Maryland, I had to decide what to do about treatment. I knew this was life or death at this point and I didn’t have time—either stay in PA with my family, or go back home to Maryland and seek treatment at Johns Hopkins hospital.

To me this was a no-brainer, but my family thought otherwise. Ultimately, I decided to go back to Baltimore and try to set up an oncology appointment with their urology department.

However, once again, I ran out of time and ended up in the emergency room. Just a week after my diagnosis, I returned to the hospital with breathing problems and severe back pain—something that I was able to get under control while at Geisinger.

Johns Hopkins hospital admitted me the night I arrived in the emergency room. Two days later, I started chemotherapy. 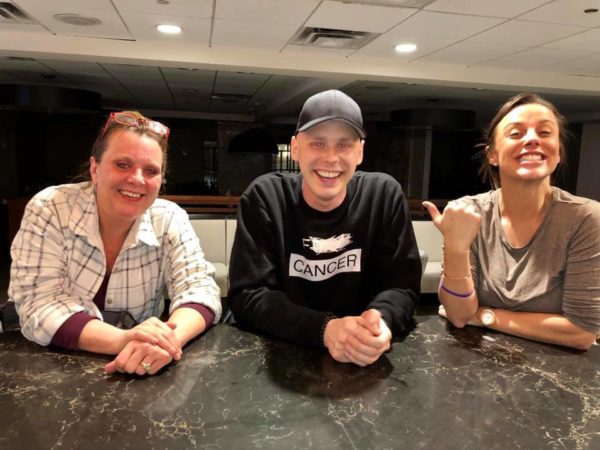 I began chemotherapy on December 8, 2018. A mix of three different drugs, known as VIP, along with various nausea meds and painkillers. I spend ten days in the hospital, meeting with numerous doctors, specialists, nurses.

The oncologists working with me went over my treatment plan and what to expect. Everything was happening so quickly, I didn’t even have time to comprehend it all. My family was back in PA, my friends here in Baltimore. I was in denial and I surely didn’t know what to do.

Over the next four months, I’d receive three more rounds of VIP chemotherapy, each lasting five days per round, with two weeks in between. I also underwent a right radical orchiectomy to remove the affected testicle.

The doctors were able to determine that the cancer had developed in my right testicle, metastasized to my lungs and lymph nodes, and had burned out, leaving only but a small scarring on the tissue.

This explained why I didn’t have a lump, or pain, or swelling—the cancer had literally burned out. This was a rare occurrence, to say the least—almost as rare as even developing testicular cancer in the first place.

I finished chemotherapy at the end of February 2019. But I wasn’t out of the woods just yet.

Although my bloodwork showed improvement and my CT scans were clearing up– which meant the treatment was working— I still was showing inflamed lymph nodes and a tumor about the size of a grapefruit in my abdomen.

On April 2nd, I underwent RPLND, or a retroperitoneal lymph node dissection. 54 lymph nodes were removed, as well as a cancerous tumor in my abdomen. Although the 15 inch scar from my sternum to my pelvis might stand out, this is what saved my life. 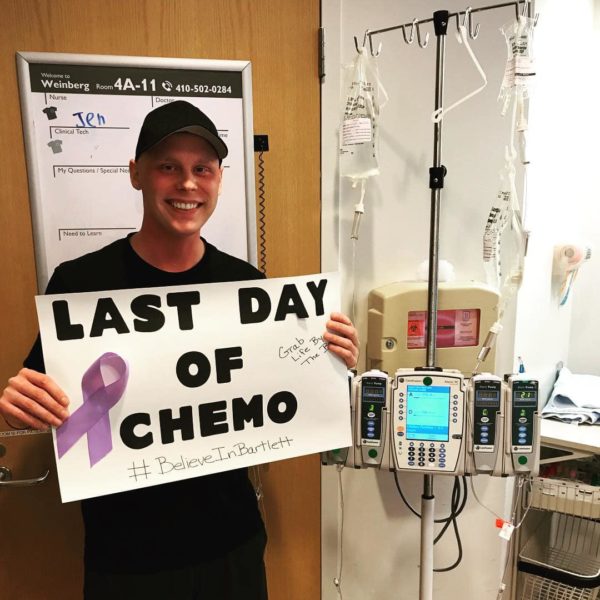 Cancer will forever change my life as much as I would have rather taken a different path at this stage in my life.

I was 24, now 25, just starting my career out. I graduated college in 2017 and a month later moved to Maryland.

I had just received a promotion at work and things were looking so bright.

I told myself this wasn’t going to stop me and I would fight as much as I could.

It’s amazing what your mind and body go through after receiving such traumatic news like this. It’s even more amazing what happens once you actually start treatment and have to undergo various surgeries.

It’s a fight or flight situation, and I refused to fly. My body decided to go to war with itself and I wasn’t going to lose that fight.

I had very many bad days…I’d be lying if I said it was easy. There were some days that I was ready to throw the towel in, but I had to remind myself that I wasn’t going to let the cancer win. Listening to music and watching movies helped. I did a lot of laying around because I would get so tired.

I luckily did not get physically sick from treatment like many would imagine, but even just going for a walk around the hospital would help. What really kept me fighting was all the support that I have received, even now.

I would have many breakdowns, but I knew that I could talk to my friends and they would pick me back up.

Living with Stage 4 cancer at 25 years old surely wasn’t my plan. But I have to learn to live with it and keep fighting.

It doesn’t just affect you, it affects everyone around you.

Seek all the help that you possibly can, because when you’re diagnosed with cancer, so is everyone else around you. 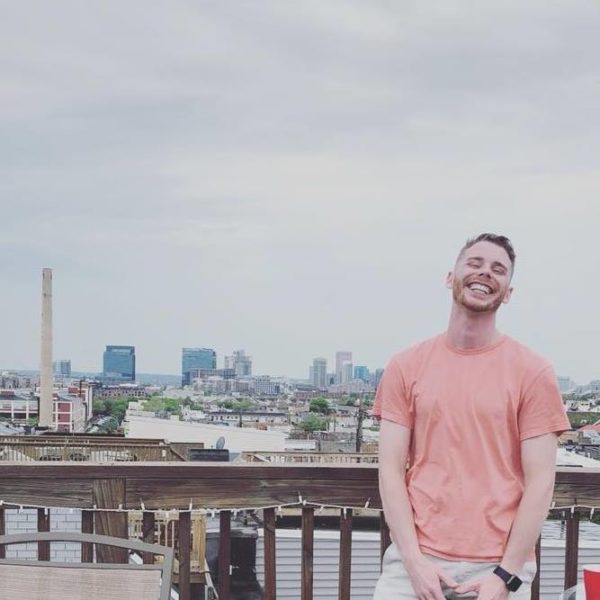 Never Doubt Yourself By: Matt Ode Stage 3 Testicular Cancer Survivor: Using my story of adversity to help you overcome life’s most difficult challenges and discover your purpose in life.  March 17 – August 6, 2016: This journey all

A Tribute to Cristal

A Tribute to Cristal by Sophia Garber, 4K for Cancer Team San Francisco 2017 The first time I met Cristal was in a small room as we sat around a circle and I heard why she was embarking