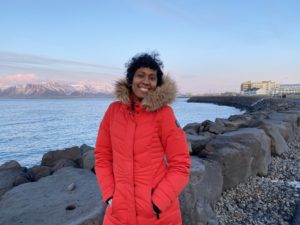 Melissa celebrating her 1 year cancerversary in Iceland after her first diagnosis.

A youth librarian who used to learn about the world mostly through books, Melissa allowed cancer to inspire her to explore the globe in real life. (Warning… if you struggle with FOMO, you may want to stop reading now!)

Born and raised in Baltimore, Melissa had remained primarily a hometown girl well into her late twenties. She was at a high point in her career, creating engaging programming for children in the public library system, and was starting to map her future by investing in a home in Baltimore and a place at Virginia Beach – really feeling on track – when she felt a lump.

Melissa’s gynecologist swiftly delivered her diagnosis of Triple Negative Breast Cancer, and arranged for her to begin a whirlwind of treatment right away in August 2019. She was only 30.

Melissa silenced her fear and anger, had a port placed in her chest, and began five months of IV chemotherapy. It never occurred to her that she might be able to make a choice to stop working, and she endured a daily four hour round-trip commute to her library outside Washington, D.C. while dealing with fatigue and other side effects.

That December, before the conclusion of her chemo, Melissa celebrated its end with a trip to Disney World. Maybe it was chemo brain fog, maybe it was that magic that only Mickey and Minnie can create, but while Melissa arrived at Disney World with cancer, she left with a serious travel bug.

Returning home to undergo a bilateral mastectomy soon after her trip to Disney, Melissa decided to shift to part-time work to let herself recover, heal, and devote time to the thing that was helping her keep her mental health stable through the ups and downs of cancer: exploration. As soon as she was through the worst of her post-surgery soreness and established with her new oral chemo regimen, Melissa jetted to Tokyo. 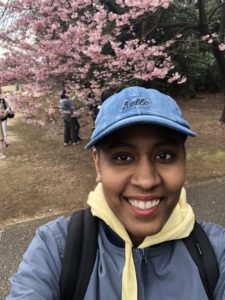 With her return ticket just a week away and only about three hours worth of energy to sustain her each day, Melissa immersed herself in the Tokyo lifestyle. She timed her trip and her excursions just right to take in the country’s renowned cherry blossoms, relished shopping the eclectic fashion trends that haven’t made it to the U.S. yet, and indulged in local favorite street foods like boba tea, crepes, and rainbow cotton candy. Despite her fatigue and soreness, becoming engrossed in Harajuku pop culture was just the escape Melissa needed to gain an overwhelming sense of happiness that overcame her physical pain.

Where Tokyo was all fabricated color and modern angles, Melissa’s next getaway to Red Rock Canyon offered natural hues, a timeworn, curving landscape, and an opportunity to rejuvenate. From one extreme to another again, she took in the soothing blues and whites of the sea in Mykonos, Greece to mark the end of her oral chemo treatment. And in the winter of 2020, Melissa headed to Iceland to mark her one-year “cancerversary” among a never-ending expanse of white. A blizzard that would have shut down Baltimore for a week offered Melissa some of the best and most exhilarating times of her life, zooming around the tundra on a snowmobile with her good friend. 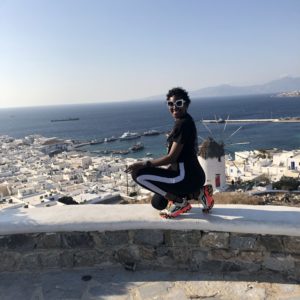 Unfortunately, those carefree days were as fleeting as the white trails jets leave behind in the sky, as Melissa was re-diagnosed in August 2020, after she located a new tumor and doctors discovered that the cancer had spread to her lymph nodes. Armed with a year’s worth of hindsight and experiential learning, though, she was ready to blaze her path through this newest leg of her journey. Melissa had become very grateful for the gynecologist who initially delivered her cancer diagnosis, now appreciating the doctor’s determination to expedite her first treatment. Working now with some clinicians who weren’t moving as quickly, Melissa channeled that early diagnosis energy and advocated for herself, finding a better fit and more resources at a different hospital.

Excruciating IV chemo, a second bilateral mastectomy, radiation therapy, and the COVID-19 pandemic would keep Melissa stateside for the next year, so she embarked on further self-exploration as her world exploration was temporarily curtailed. Ulman’s Where YA Meet group and the young adult program at the Wellness House of Annapolis gave her the space to connect with peers who shared singlehood, similar cancer experiences, and an intimacy that only fellow survivors can step into. She processed and planned, researched and reflected, often during her weekly drives to New York City where she had tissue expanders filled and follow-ups completed. 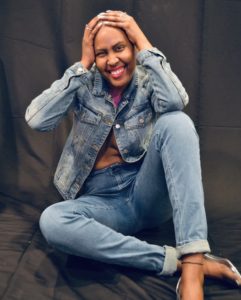 Now, four months later, Melissa has reached a point of being at peace, even living with cancer constantly on her mind. She takes good care of herself and practices prevention when possible, and also lives her life to the fullest, knowing that “cancer is going to do what cancer is going to do.” If it comes back, she’ll know how to jump right in and deal with it.

She’s ready to get on the road again, stable on maintenance medication and cleared to wander. Melissa has a loose itinerary planned for her next nomadic 7-8 months: Outer Banks, out West and back, and some time in Europe before reintegrating herself into some sort of stability. She’ll be embarking in early September, after closing on the sale of her home.

Melissa has journeyed across time zones, through anesthesia and surgery, over international borders, and in and out of infusion centers, and has grown more grateful, self-aware, and courageous than ever before. 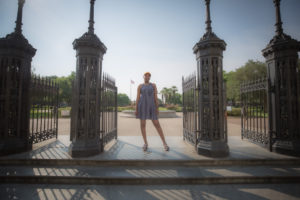