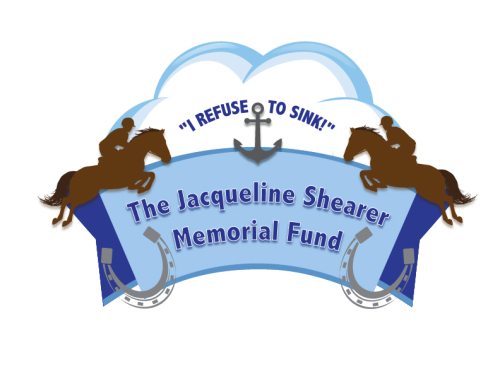 This Fund was established by Jacqueline’s family to honor her amazing strength and to carry on her legacy.  Jacqueline was diagnosed with a brain tumor at the age of 11, and fought her battle with this terrible disease for 11 and ½ years.  She demonstrated incredible courage, grace and dignity throughout her fight.  She touched many lives along the way and has left a lasting impression on everyone who knew her.

Applications for financial assistance will be reviewed on a weekly basis and awarded within four weeks of submission to those who demonstrate the greatest financial need in one of the above areas. Considerations for other expenses will be made on a case-by-case basis. Financial assistance is only provided as direct payment to the payee.  Funds will not be paid directly to the patient. Please note applicants must be approved before funds will be awarded.

In order to qualify for assistance from the Fund, all of the qualifications must be met:

In addition to the qualifications listed above, patients must be in active treatment at one of the following cancer centers where the Ulman Cancer Fund has an onsite Patient Navigator:

In order to be eligible for assistance, you must meet the qualifications above. Please note that written documentation from your treating physician or relevant clinical care team member that includes the type of treatment you are currently receiving and how long you have been in treatment is required to be considered for financial assistance.

To apply for financial assistance, please contact us at [email protected].

The Jacqueline Shearer Memorial Fund is established in honor of an amazing, compassionate and gracious young woman. During her eleven and a half year battle with a recurrent brain tumor, she faced many challenges and hardships with courage and determination. Her incredible attitude and spirit has left a lasting impression on everyone who knew her.

Jacqueline named the brain tumor that ultimately took her life “Dale.”  Nobody is sure exactly how long Dale had been with Jacqueline, but she was diagnosed two weeks before her eleventh birthday.  As serious as Dale was, Jacqueline always found a way to make the best of her situation.  She was a true warrior, always reassuring those around her that she was not scared and that she would never back down.

Jacqueline underwent 7 surgeries, 3 rounds of radiation, and over 10 different chemotherapy regimens.  When asked what treatment she wanted next, Jacqueline always chose the most aggressive path with no concern of what side effects were to come. She fought through each recurrence and the accompanying side effects with the most amazing positive attitude and determination.  In spite of all the efforts of her team of doctors and nurses at Children’s National Medical Center she passed away on October 24, 2012.

Jacqueline fought for her life, but more importantly she fought for the right to be a normal kid.  During those eleven and a half years of ups and downs she found strength in her friends and family, but it was her show horses Little D and Eli who truly helped her push through.  She was a fierce competitor, and against all odds competed at a national level, finishing second in the 2008 Pennsylvania National Horse Show.  Whether it was facing a risky brain surgery or a large horse jump, Jac took it head on without thinking twice.  She was truly fearless, and in those moments when she was competing with her horses, she was a normal kid doing what she loved.

Through the course of her battle, it became very obvious to Jacqueline that there were many other children and young adults in a similar situation to hers.   She often worried about the patients and their family’s ability to get the best possible treatment available.  With this fund, Jacqueline’s legacy will live on by providing financial assistance, resources and support to children and young adults in their battle with cancer.